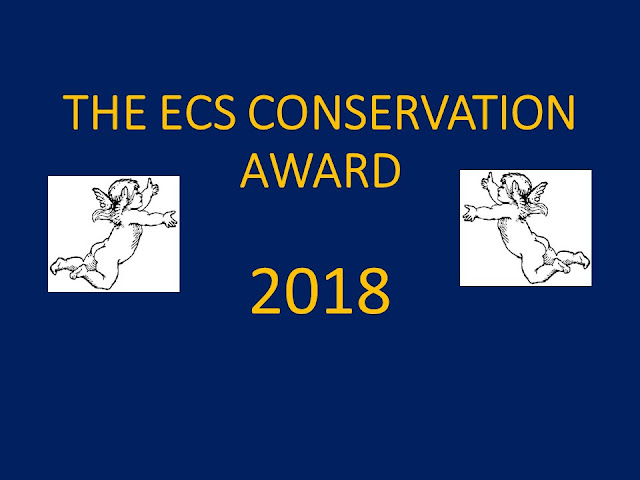 Once again it was my very great honour and privilege to run the ceremony for the European Cetacean Society conservation award. So here are some pictures and most of the words:

We started by remembering those that have been killed as went about their conservation work. 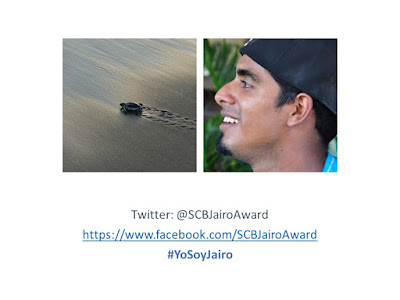 The Marine Section of the Society for Conservation Biology has created an award to honour them and their commitment to marine conservation. The award is named after Jairo Mora Sandoval, a conservationist from Costa Rica who was brutally murdered in 2013. He was only 26.

The award aims to give visibility to people like Jairo who are risking their lives to protect marine species. Conservationists from all over the world are asked to take a picture holding a sign that reads “I am Jairo” in your own language and share it on Twitter using the hashtag #YoSoyJairo. If you don’t have Twitter, you can also share it on Facebook and tag SCB Marine Jairo Award page

Then onto the ECS's own award:


"Here is Dr  Mandy McMath,  the late great marine mammal scientist , champion of young  people and woman in science and genial mentor and friend to many of us.

We remember her  through this award and this includes her ribald sense of humour which governs how this award is delivered. 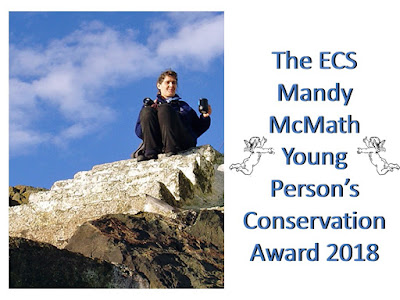 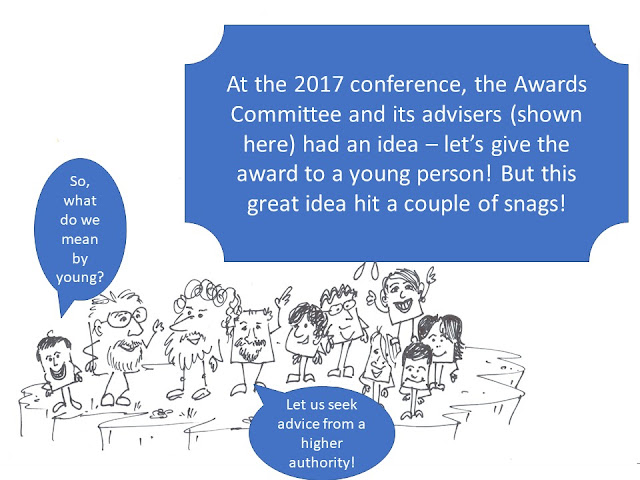 So we asked the ECS council up on their heavenly cloud and many answers came back: 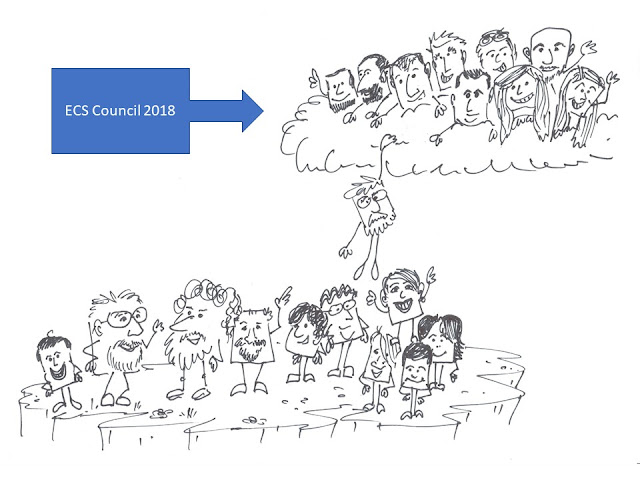 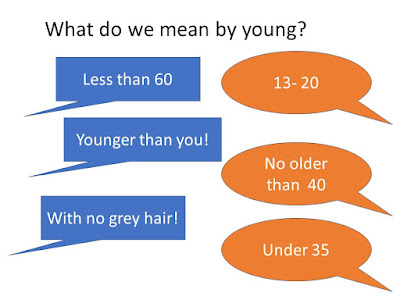 Finally we settled on under 35. But then came along another problem: 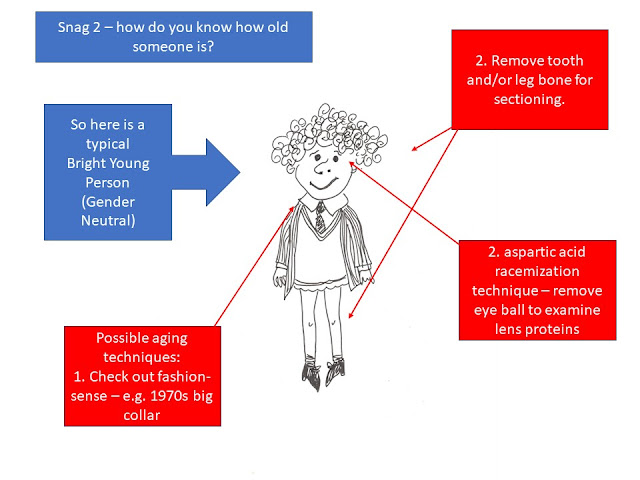 Hence the award winner this year may be subject to some quite important tests to check age. 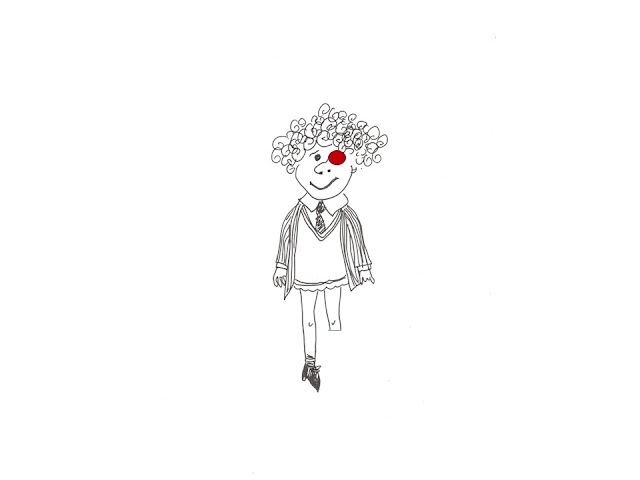 Then we moved on to what attributes we might expect to find in a young award winner: 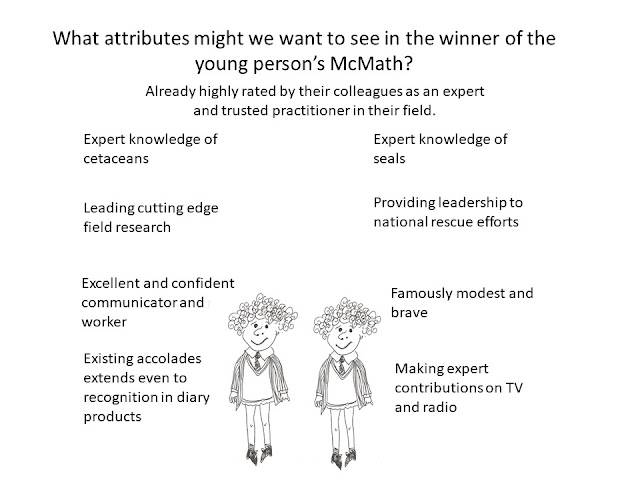 The list was perhaps too long for one person - so the awards committee agreed to give it to two (this is not a shared award - it is being given twice).


Daniel Jarvis has been dedicated to the study, rescue and hands-on conservation of marine mammals since, aged 17, he began recording stranded cetaceans, seals and turtles in SW England as a volunteer for Cornwall Wildlife Trust’s Strandings Network.

In 2002 he qualified as a Marine Mammal Medic for British Divers Marine Life Rescue (BDMLR) and has been instrumental in over 1,500 incidents involving cetaceans, pinnipeds and turtles, including a mass stranding of common dolphins in 2008,

Dan plays a key role in rescuing seals from entanglement: organising the response and frequently abseiling down cliffs to effect a rescue. He has consistently contributed data to systematic research projects and he is a co-author on papers on entanglement and the discovery of microplastics in seal faeces.

In 2004, Dan became Secretary of the Cornwall Seal Group Research Trust, becoming a Trustee when it was granted charitable status in 2015.  The group provides  educational events for schools and community organisations and organises the annual seal census around Cornwall.

Due to his extraordinary commitment and expertise, BDMLR offered Dan the role of Welfare Development and Field Support Officer in 2016. He has delivered training courses to volunteers and professionals alike - such as the recent Northern Veterinary Student Zoological Symposium in Edinburgh - and has lectured as far afield as Kazakhstan, sharing his skills and knowledge.
Dan has coordinated the rescue of unprecedented numbers of seals in the last few moths in the UK following on from the many recent storms.

As an experienced strandings recorder, he assisted with the establishment of the Bycatch Evidence Evaluation Project, a project that identifies bycatch in cetaceans that are not subject to necropsy
Dan is a founder member of the Cornwall Marine and Coastal Code Group, a consortium of organisations working together to educate the public about the effects of disturbance of marine mammals in the SW. He is also a team leader for the survey charity ORCA.


He is a co-author on a number of scientific papers and has the support, respect, and affection of his peers for his total dedication to conservation and education and for his calm, supportive and expert work with both volunteers and wild animals. He is the co-author of many scientific contretemps. Finally before I call him to the stage.

I note that this is the first time that the award has primarily been awarded in the sphere of animal welfare. 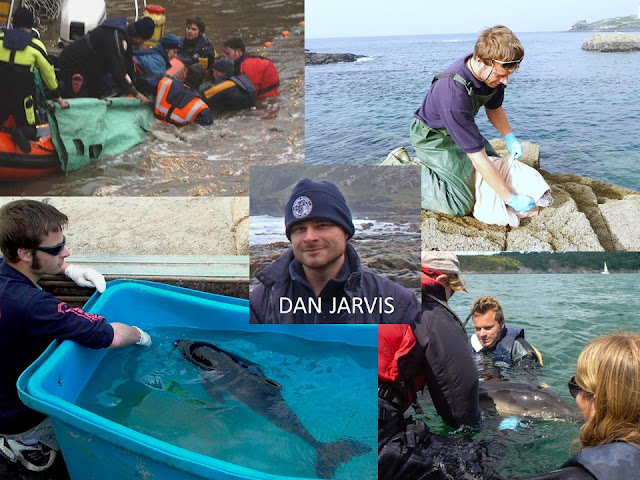 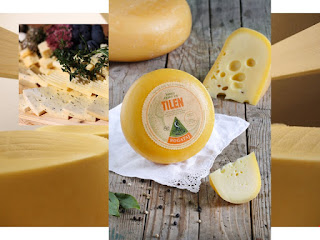 So let us move on to the grand fromage himself: Tilen Genov is a 33 year old Slovenian marine conservation biologist, who has been involved in the research of marine mammals for about two decades (probably more!). He has studied these animals in the Adriatic Sea, eastern and western Mediterranean, Red Sea, North Sea, and the North and South Atlantic.

His field of work includes population abundance and dynamics, spatial modelling of habitat use, social network analysis, fishery interactions, satellite telemetry, biopsy sampling. Interpretative dance and others. He is particularly interested in using science to assess the status of large marine vertebrate populations, identify important habitats and evaluate threats, and in translating that knowledge into effective conservation action. Quote from one of his proposers:

“Those of us lucky enough to have had the chance to work with Tilen, in any context, will share with me not only a great affection for him as a human being but also the deepest respect for him as a scientist. This guy is the real deal. Tilen started collaborating in a dolphin research and conservation project in Croatia with Giovanni Bearzi when he was only a kid and has never stopped since; NEVER. He is the founder of Morigenos (Slovenian Marine Mammal Society). Back in 2002, when he was only 18, he started the Slovenian Dolphin Project SDP; the first systematic and long-term study of any cetacean in Slovenia. “

In addition (as the photos below show), Tilen is the Wielder of the Magical Invisible Sword of Slovenia. He is an expert Turtle-wrangler, trend setting advocate of interpretive dance and axe thrower extraordinaire. 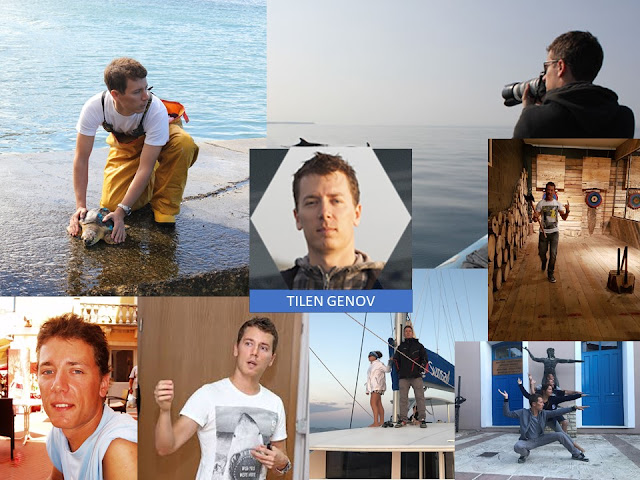 Thanks to Laetitia Nunny for taking photographs and to the proposers of the candidates for many of the words used here. Tilen cheese is made from raw cows milk in northern Poland.